If you have PTSD, fear is your constant companion. It dictates who you talk to, where you go, what chances you don’t take, which people you don’t love. Because well, it is all just way too scary.

I am not talking about anxiety. I am not talking about taking crazy chances to prove you aren’t afraid. You are afraid. That’s okay. That can be a good thing. It can keep you from doing something really stupid, like taking a nap in the middle of the highway. But if there is something you know you should do, and you are too afraid to try, that is a problem.

Accept this emotion. It is okay to be afraid. But it is not okay to let fear run your life. You might need to have a conversation with your fear.   I let it run my life for a long time. But then I changed my attitude. Here’s what happened:

I was at a street fair. A lot of parents were enjoying the mild weather and family entertainment with their kids. A tow-headed toddler and his Dad caught my attention. Dad lifted him up to sit on a 4 foot high platform. As you might expect, the kid sat still for about 30 seconds. Then he wanted down.

The kid tiptoed up to the edge, excitement brimming in his eyes. Bouncing up and down in place, he waited for Dad to give him the countdown. Holding one hand up, fingers spread, Dad counted down by closing one finger at a time, until he reached the count of five and his hand was closed.

The boy made a running leap from the platform, launching himself into the air. He had no fear, no doubts. His faith was absolute. His face was pure joy. Dad caught him in a hug and spun around with him, kissing him on the cheek.

And I got all pitiful poor me. No one in my life had ever done that for me. Metaphorically speaking. I always got dropped or did a flat out face-plant. Okay, maybe I exaggerated. A little. But everyone had let me down. Woe is me.

I had survived, though. I got up, straightened my broken nose and went on with my life. After the first few times, I can’t even say I was surprised. But each time I became a little more afraid.

Then I went even farther. I decided that I wanted those few moments of bliss, those precious seconds in the air, taking the leap, facing what scares me, and being brave. I decided that those moments alone were worth the pain of getting hurt. I did not have to succeed. I only had to try.

I had been too afraid to try. But once I accepted the pain of failure as the price of trying, there really was no reason to be afraid. I knew it was a price I could pay. I had done it before. I can’t say I expected to fail. But I was prepared to face it if I did. And if I succeeded? Well, that would be awesome.

Think about the one fear you are hiding from right now. I am not talking about a situation you are anxious about, but true fear. How great would it be to re-claim power over that part of your life? Instead of sitting up there on the platform, staying stuck.  Up there you will never feel those blissful moments of joy.

The cost must be faced as well, of course. You just might face-plant. But will it really be that bad? Maybe it would be. Maybe you can find another way down, where you only scrape your knees and bruise your elbows. Maybe. But you will still be afraid. Still missing that part of your life.

I made the leap. I decided to take the hit if I had to, in order to experience the power and bliss of those moments in the air. So I leapt with faith. I flung myself out and savored every minute of my power and bravery as I hung there in the air. I didn’t even brace for the fall. I just let go. And I ended up exactly where I wanted to be. Powerful. Safe. Happy.

Maybe you can too. Take another look at the one fear that is holding you back the most. Then change your “What if?” to “So what?”

If this site has helped you, please support my work by clicking on the link and making a small donation. 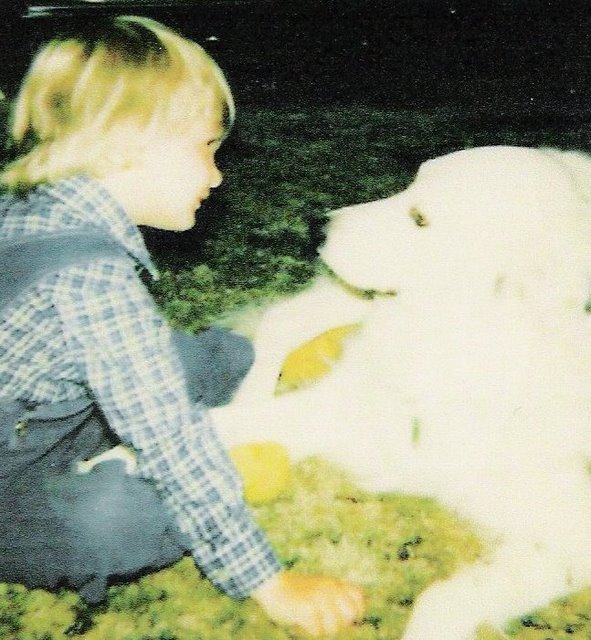 not much is required;

so little we need

the smallest of dreams,

a glimpse, or a glimmer,

a flicker of light,

a promise of day